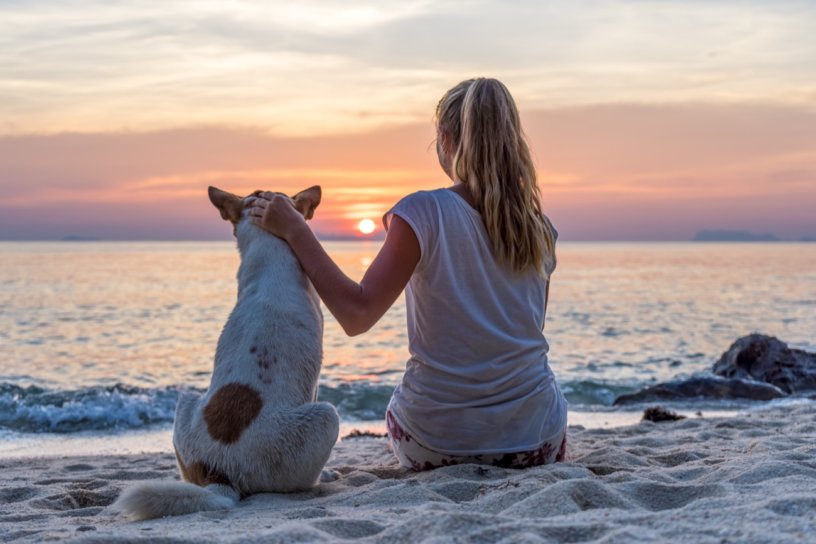 Like most tourists, I take lots of photos of the local attractions.

Walking on a winding street in Santorini, I spot an adorable senior pup. On Harbour Island, there’s a beautiful mixed breed sleeping in front of a bougainvillea covered house. Then, there’s that tiny dog with the flower raincoat. You get the picture. 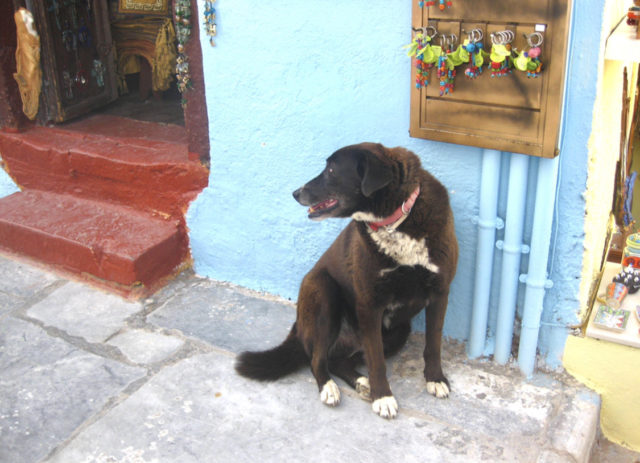 It was never an issue with me, at least, until a friend commented on the absence of humans! I’ve changed my focus (a bit) since then.

When I walk down a street I’m often not looking at the people, but the dogs. If you find yourself thinking more about your dog than you do about humans… you’re not alone.

A series of experiments by philosophers and psychologists have shown that people, in some situations, care more about canines than humans.

Is this surprising? Dogs are loyal and loving creatures and we humans love them in return. Like the loyal Akita Hachiko, pups are capable of the most amazing demonstrations of dedication. So much so, that Hachiko’s bronze statue in Shibuya memorializes his bond with Professor Ueno, his owner.

Dogs are family. They may not be human, but our loyal dog loves us and depends on us. We can see the family ties in language we use for our dogs — fur babies or pet parents.

A dog isn’t just “a dog” to those that know and love them. They are a personality, an open heart, a beloved friend — a family member of choice. We know our dog inside and out. And, they know us.

How do we go about measuring the values we place on people and dogs? Psychologists, researchers, and moral philosophers have devised lots of different tests — from the medical to thought experiments. These try to measure and explain the differences in how people care about other humans or their dogs.

In one experiment by Professor Jack Levin of Northeastern University, the dilemma is simple but heart-breaking. You are in the street when both your pet and a human step out in front of a speeding bus. Surely, it will be fatal. You can only save one of them. Who do you save?

The answer isn’t to condemn people for making the “wrong” decision. But, moral philosophers are interested in what the differences mean. For instance, does it change if the human is a foreign tourist, or a member of your family? Is the dog yours, or someone else’s?

When faced with a life-threatening situation where you save either your pet or a stranger, 40% of people choose to save their pet! What would you choose? Click To Tweet

Happily it’s not something that’s tested (hopefully) in the real world. But it shows the importance of dogs in our lives.

The research also reveals that the closer the relationship to the endangered human, the more likely they will be chosen. When the human was described as a close friend or family member, only 2% choose to save their dog.

Why do Some People Care More about Dogs?

For dog lovers, it doesn’t seem surprising that a lot of people would choose their dog over a stranger. We might rationally understand that on paper a human life is more important or more worthy. But, our emotions towards our pet say otherwise.

This is also shown in the follow-up to the study when people were asked why they made the choice they did. Over a quarter of people couldn’t really explain why — but they stood by their decision. When choosing the dog, people made heated, emotional statements like “I love my dog” or “My dog is part of my family.”

However, when choosing the human, people were more rational and distant or even felt shame. “I hate to think what people would say if I failed to save the person.”

Dogs get More Sympathy than Adults

There’s another experiment where people were shown a fake newspaper article about an attack with a baseball bat that left the victim unconscious and with a broken leg. After reading the article the subjects were asked how sympathetic or distressed they were.

There was a catch… there were four different newspaper reports shown, with the only difference being the victim. The subject was either a 30-year-old human, a six-year-old dog, a one-year-old child, or a puppy.

People were upset by all the reports. However, they were equally distressed about the dog, puppy, and child, and less so about the adult.

What does this mean?

Similarities between Dogs and Children 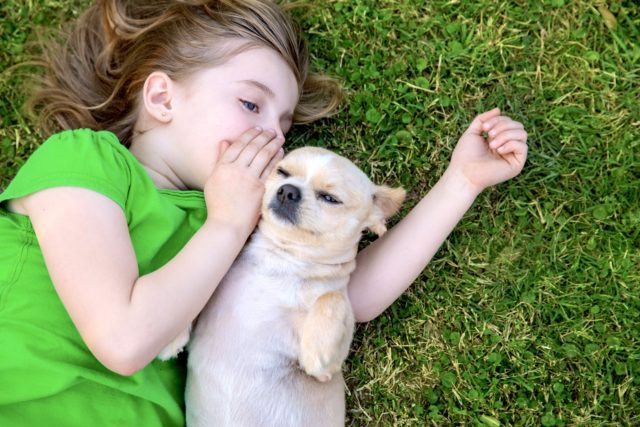 In the case of the adult being attacked with a baseball bat, consider the circumstances. In the right circumstance, maybe someone could “deserve” something like that. But a dog, puppy, or child, couldn’t have done anything to deserve a beating. It’s outrageous! They are vulnerable and innocent beings.

For me, because dogs can’t speak I feel an instinct to protect them, or to speak out on their behalf. I have a special affinity for dogs and they return that attention too. They always want to play and follow me! It’s this bond with dogs that inspired me to make the film Hachi: A Dog’s Tale.

Another study shows that women’s brains reacted similarly to pictures of children and of dogs. They call on a protective emotion in us.

As a family member, a dog’s role in the household is as a dependent. Even an adult dog is still much more akin to a child than an adult. A lot of people refer to dogs of any age as “puppies” because at heart they are just big kids. It seems natural to see them as children.

Like Children, Dogs have a Simple Innocence about the World 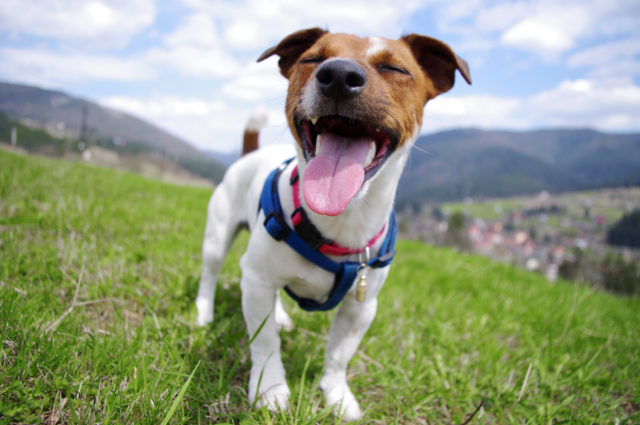 Dogs are incapable of the most horrible human emotions. They are pure souls. They have no ulterior motives, guile, cruelty or deception. Although, they are not beyond giving that look of  — “I have no idea what happened to that food on your plate that mysteriously vanished!”

Our pups embody the values of love, loyalty, and devotion. Those may be the values we feel are missing in our lives.

That’s why the story of Hachi has such a huge emotional impact on people. Hachi demonstrates the joy of opening up your emotions to listen to your heart.

Do you sometimes feel more sympathy for dogs than for humans? If so, why do you think that is? It’s those qualities I want to explore, so we can learn how to live our most fulfilling life,… with Hachi as our guide. Let me know in the comments!