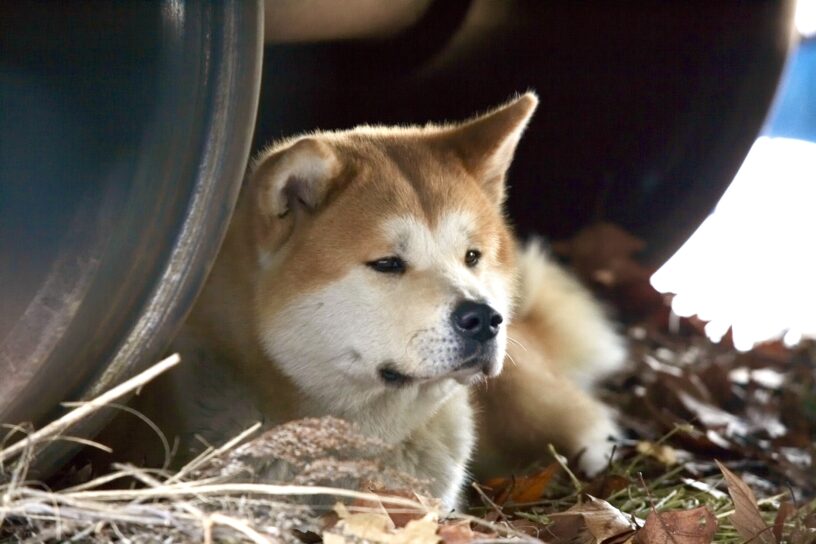 In one instant, life suddenly shifted for Hachi.

After Professor Ueno’s death, Hachi lived a life of exile for a while. Because she was not legally married to Professor Ueno and had no inheritance rights, his widow Yae had to vacate their residence. Overnight, Hachi had no home.

The Search for Hachi’s Perfect Home

It was difficult finding a rental house that would house the Akita. Finally, Yae brought Hachi to her relative’s house in an area called Nihonbashi in downtown Tokyo. When this accommodation did not work out, Yae tried another relative’s house in Asakusa, also located in the downtown area. But, the new situation wasn’t suitable either.

Finally, Yae decided to give Hachi to Professor Ueno’s previous gardener, Kobayashi Kikusaburō.  Kobayashi didn’t make much money, but he treated Hachi with the same fine standard as the late professor.

Even though it was too expensive for ordinary households to consume at that time, Kobayashi fed Hachi beef — while his own family ate fried potatoes. He diligently replaced Hachi’s expensive collar and harness (the same model the professor had used) each time they were stolen.

Since Kobayashi lived in the neighborhood of Professor Ueno’s former residence, Hachi resumed his previous routine of going to Shibuya Station to wait for Professor Ueno. Knowing how much Hachi missed Ueno, Kobayashi let him go.

Following his old routine with Ueno, Hachi left the Kobayashi residence in the morning, waited at the station, and returned before noon. In the evening, he repeated his walk and returned to the station.

People reported seeing Hachi every evening at the station, carefully looking at each passenger, as if he were looking for a specific person. Hachi always came back to the Kobayashi residence at night. He kept up this routine for almost ten years until his own death in 1935.

No one could imagine it, but through his faithful loyalty, a legend was in the making…