Hachiko gets a New Statue

Abbey Glen’s 14-acre memorial park in Lafayette, New Jersey, was selected to receive an exclusive reproduction of the life-size Hachiko and Professor Ueno statue recently unveiled at the University of Tokyo.

The statue unveiling and dedication took place on October 9th. Special presenters included Ambassador Reiichiro Takahashi from the Consul General of Japan in New York City, along with Yumi McDonald the author of “Reminiscence of Shibuya”.

“The meaning behind this statue aligns well with Abbey Glen’s mission – to memorialize the unique and valued relationships that exist between man and animal,” said Derek Cooke, president of the family-owned Abbey Glen. 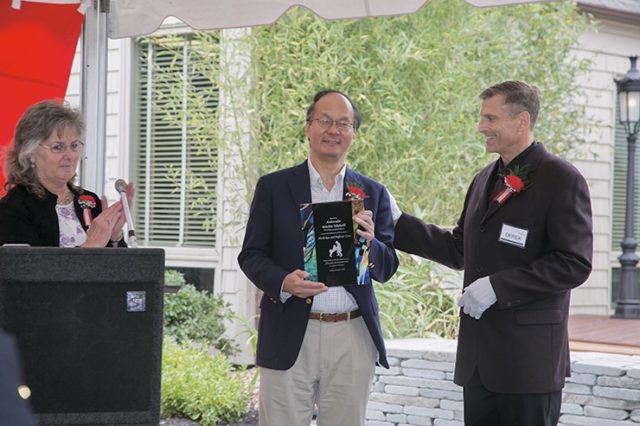 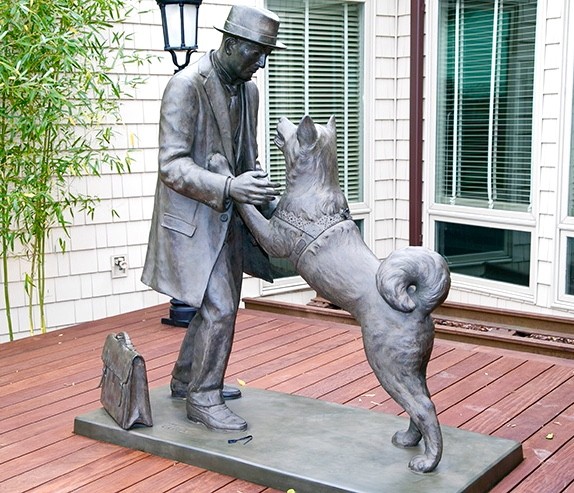 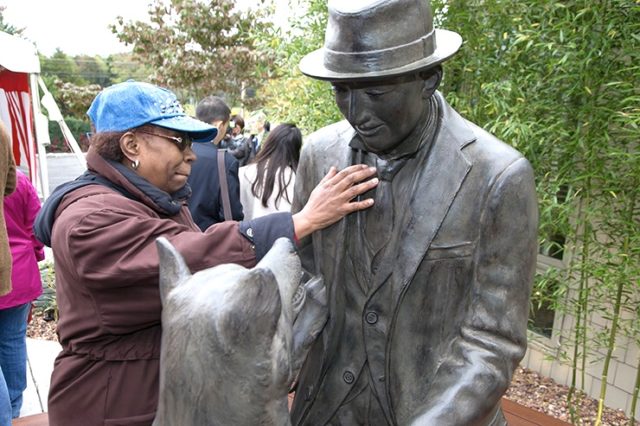 Yumi was instrumental in coordinating the statue’s creation in Japan. Yumi’s mother would walk by Hachiko on her way to school. While sharing her family’s fascinating history, the author recalls the vibrant life and times in old Shibuya.

Bringing Hachiko’s beloved statue to the states is a true symbol of the human-animal companion bond.

Each time Hachiko is honored for his loyalty and forever love, his legacy spreads and his story lives on.

Thank you Vicki for keeping us up to date as always…..we would so love to be present but the distance from Italy makes it unlikely!! It is lovely to see that Yumi will be present; we know that she too is a great Hachi friend.

Hachi’s legacy continues and will be passed on the next generation.
When I saw the movie, i admit that it really broke my heart but after reading more information about his life, I now feel inspired and felt good that he is remembered up to this generation and the next ones. Made me love my dogs more.

does anyone know who the artist is of the statue? and how may i reach him/her?