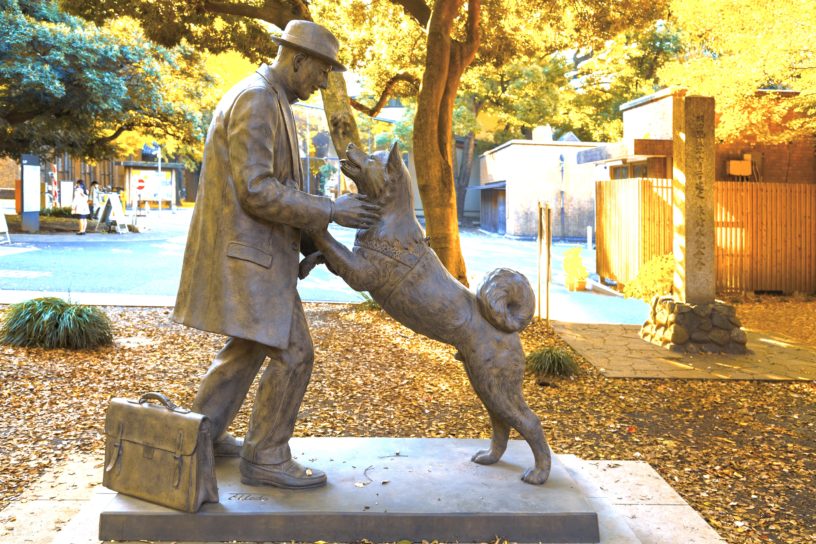 Hachi fans will be delighted to learn that on March 8th, a new statue featuring Hachi and Professor Hidesaburo Ueno will be unveiled. The bronze memorial will stand on the University of Tokyo campus where Professor Ueno (1871-1925) taught at the agricultural department

This latest monument emphasizes the joyful affection between the professor and his beloved canine friend. In addition, this monument brings attention to Professor Ueno in another way. Accomplished in his own right, his advances towards the technology of arable land readjustment and drainage were utilized for the imperial capital revival after the devastating Great Kantō earthquake of 1923.

Professor Sho Shiozawa, a professor of irrigation drainage and rural engineering at the university, was instrumental in spear-heading the project. An internet fundraising effort raised about half of the targeted 10 million yen ($99,000) required to complete the new statue.

While Hachiko’s Shibuya statue depicts the heart-broken Akita waiting for his master’s return, Shiozawa believes that the bond, rather than the separation, needs to be memorialized.

“We insisted on a design that depicts the person (Ueno) and his dog looking into each other’s eyes and coveys the affection and bond between them,” says Shiozawa. “We hope the statue will become something of a mascot at the university and draw many visitors.”

Tsutomu Ueda, 39, a sculptor in Nagoya, was thrilled with the chance to create another iconic sculpture of the beloved Hachiko. “I have loved dogs since I was very young and became familiar with Hachiko through movies and by other means,” said Ueda.

“My biggest aim will be to convey a sense of connection between the two.”

I visited the statue and could feel the intense bond radiating between the celebrated pair. I can truly say that the excitement in Hachi’s eyes is palpable and powerful. Just look at his eyes! 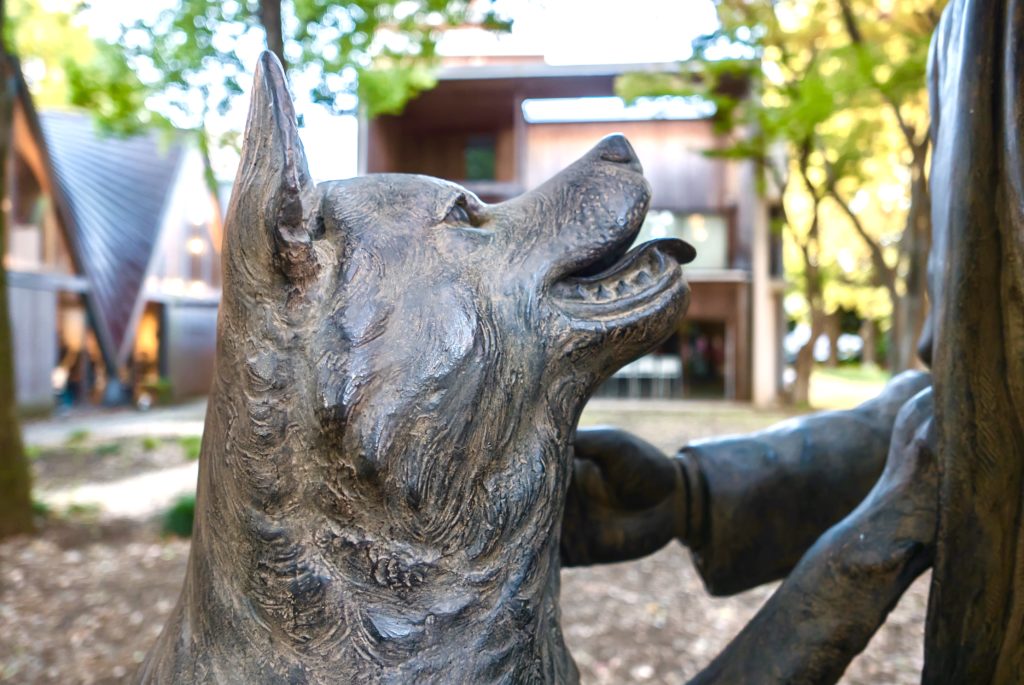 The original statue was erected in 1934, but was melted down for its much-needed metal during the war. It was replaced in 1948 and still presides over the Shibuya Station entry. It’s one of the most popular tourist destinations in Tokyo. Can you feel the emotions in this newer statue?

Wonderful news! Is this the final form of the statue? I feel it will look even better if it is bronzed.

I believe the final statue will be bronze. Will post some photos when it’s unveiled. It’s nice to see Hachi and the professor captured in a happy moment!

Vicki
Thank you so much for letting us know about this wonderful and special news, I would have not known about it otherwise.
And, as always my sincere thanks for this website about Hachiko. It is my homepage . Yeps, Hachi is glad to see the Professor , it is a very touching pose!

This is not about “Hachi” the American version but rather the Japanese movie “Hachiko Monogatari” that was released in 1987.
Japanese classic film ‘Hachiko’ to screen in March – http://community.scoop.co.nz/2015/02/japanese-classic-film-hachiko-to-screen-in-march/
This is in Massey University, Auckland, New Zealand. Perhaps we can get them to screen “Hachi: A Dog’s Tale” as well? Students of cinema at the university might be able to compare the two versions as a project course.

What a gorgeous, heartwarming statue showing the love between Hachi and Prof. Ueno!

Hachiko will live on forever!!!

Not only that Hachiko will live forever but he is now together forever with his master Professor Ueno and we can see him happy. I am really excited to see the final statue in pictures. When I will have a vacation in Japan next year, I will really try to see the new statue.

They are buried in the same plot in Aoyama.

The Prof. Ueno and Hachi statue is now open to the public. Here is an article with pictures and video!
http://en.rocketnews24.com/2015/03/09/hachikos-new-statue-is-now-open-to-the-public-and-weve-got-pictures-and-video-from-our-visit/

Here is a video of the unveiling of the new Prof Ueno and Hachi statue:
https://www.youtube.com/watch?v=3BatTUqnx_8

Hi Sira! As always, we appreciate your Hachi updates. Thanks for sending this video of the statue dedication. It truly captures their deep affection!

Song I wrote in tribute to Hachi.