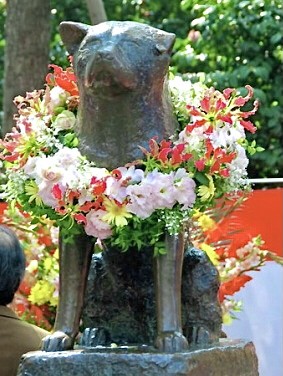 Who would believe a sickly Akita puppy would be immortalized with a bronze statue? Situated adjacent Shibuya Crossing, the busiest intersection in the world, his dignified figure still waits — for the return of his beloved owner, Professor Ueno.

To understand how unlikely this came to be, let’s start at the beginning.

“On Hachi’s birthday, I think back to the first months of his life. I can imagine a plump squirming puppy playing with his four male siblings in a barn. Hachi was born on a farm in snow country, Odate, Akita prefecture, to a wealthy landlord farmer.”

Hachi was born in November 1923. The exact date is unknown. At two months old, the Akita puppy was gifted to professor Ueno Hidesaburo by a former student. On January 14, 1924, Hachi was placed in a small tightly-knit straw crate for his long journey. Straw crates retained heat and was also used to carry rice.

Three people walked 12.5 miles to Ōdate Station, carrying Hachi in the midst of a snowstorm. Hachi departed Ōdate Station at 3: 20 PM and scheduled to arrive at Ueno Station in Tokyo at 8: 50 AM the next day.

The Ōdate-Ueno route ran through a series of mountain ranges, including one of the steepest approaches to a pass for trains in Japan. The train climbed up and down mountain peaks and passed through numerous tunnels, oscillating wildly — the locomotives giving off thick soot.

It must have been a terrifying experience for the two-month-old puppy. He was separated from his mother and siblings, carried outside in a blizzard, and sat in a crate on a bumpy train for 20 hours.

On the day of Hachi’s arrival, the newspapers reported that Tokyo was hit by a strong earthquake and a windstorm. As he entered the city, a storm was blowing over the capital city.

People thought Hachi was dead when he arrived.

Yet this frightened puppy went on to experience an extraordinary life that would change not only the history of Japanese dogs, and the creation of a new breed called American Akita – but symbolize compassion, undying love, and loyalty worldwide.

Hachi’s birthday marked the very beginning of an endless tale of loyalty, love, and the depths of true friendship. His daily walks to the train station have been memorialized numerous times, and his bronze statue is one of the most famous destinations in Japan.

Yet his early life, before the professor, is almost unknown. 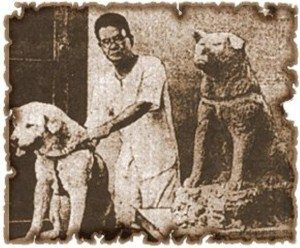 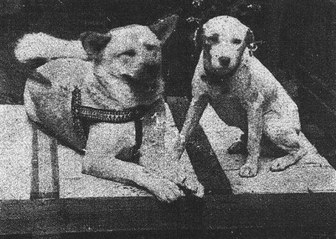 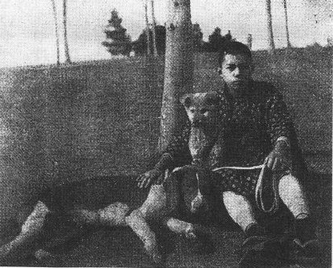 In 1934, Hachiko’s first statue was sculpted by Teru Ando and placed at Shibuya Station. During World War II, the bronze statue was melted for war material. The photo of a relaxed Hachi was taken around that time by the late Isamu Yamamoto, a former bank employee who lived in the Shibuya Ward, Tokyo. Yamamoto’s family found the photo and presented it to Takeshi Ando, son of the original Hachiko sculptor. Takeshi Ando sculpted the second Hachiko statue that we see today.

“I have never looked at such a photo that caught the atmosphere of Hachiko’s everyday life at that time so well,” Ando said.

Happy birthday, Hachiko! Your story will always remain with us forever…

(Many thanks to author Mayumi Itoh. Her book “Hachiko: Solving Twenty Mysteries About The Most Famous Dog in Japan” was published in commemoration of Hachi’s 94th anniversary of his birthday. A substantial update of her 2013 ground breaking book “Hachi: The Truth of the Life and Legend of the Most Famous Dog in Japan”, Itoh addresses everything you wanted to know about the loyal Akita. )