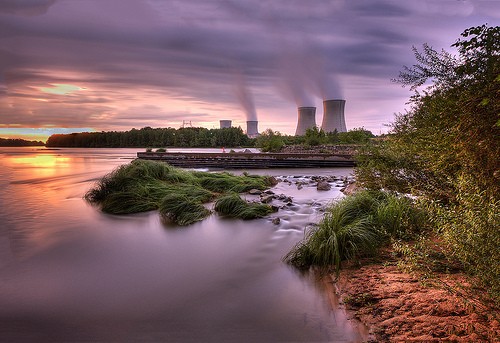 One man will always be associated with Fukushima’s animals – 55-year-old Naoto Matsumura, a former construction worker who lives in the 12.5 mile exclusion zone to care for its four-legged survivors. He is known as the “Guardian of Fukushima Animals” because of his volunteer work to feed the animals left behind by people who left due to the official evacuation order.

“The next day, I heard the explosion at the plant,” he said. “I didn’t need anyone to tell me what had happened because the ‘boom’ was huge.” Living with his mother and father and a couple of locals in the house, they heard more explosions.

“I didn’t mean to stay at first,” Matsumura admits. “I grabbed my family and escaped.” Matsumura initially fled south with his parents during the nuclear disaster. He then knocked on the door of my aunt’s house in Iwaki, but was not allowed inside due to their contamination.

The untold human suffering and property damage left in the wake of the Fukushima disaster in Japan has been well-documented, but there’s another population that suffered greatly that few have discussed – the animals left behind in the radioactive exclusion zone. 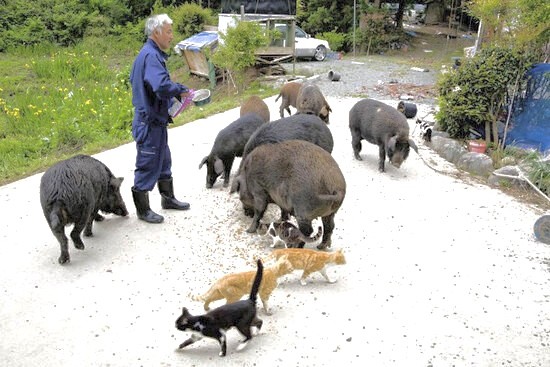 “So we went to a nearby shelter, but they wouldn’t let us stay there either, so we went home,” he says. Upon his return in 2015, Matsumura realized local dogs had not eaten in days. One pup locked in a barn for a year survived on the remains of dead cattle. Matsumura named him Kiseki or “Miracle.”

Shortly after, Mr Matsumura’s mother was taken ill so the rest of the family went to stay with relatives outside the exclusion zone.

Matsumura now cares for the cattle, pigs, cats, dogs, and even ostriches that are now ownerless, a responsibility he took on partly by accident. “Our dogs didn’t get fed for the first few days. When I did eventually feed them, the neighbors’ dogs started going crazy. I went over to check on them and found that they were all still tied up. Everyone in town left thinking they would be back home in a week or so, I guess.

From then on, I fed all the cats and dogs every day. They couldn’t stand the wait, so they’d all gather around barking up a storm as soon as they heard my truck. Everywhere I went there was always barking. Like, ‘we’re thirsty’ or, ‘we don’t have any food.’ So I just kept making the rounds.”

“I was scared at first because I knew the radiation had spread everywhere,” he said of his initial days back home. “The next thought in my head was that if I stayed too long, I’d end up with cancer or leukemia. But, the longer I was with the animals, the more I came to see that we were all still healthy and that we would be OK.”

Research has shown that he has been exposed to 17 times the amount of radiation that is considered normal. He is aware of the complications from radiation, but says that he “refuses to worry about it.” However, he is careful to eat only food imported into the zone. For a while he was eating local meat, fish and vegetables, so researchers at the Japan Aerospace Exploration Agency wanted to run some tests on him.

“When I went down and let them look me over, they told me I was the ‘champion,” he said, meaning he had the highest level of radiation exposure in Japan. “But they also told me that I wouldn’t get sick for 30 or 40 years. I’ll most likely be dead by then anyway, so I couldn’t care less.” 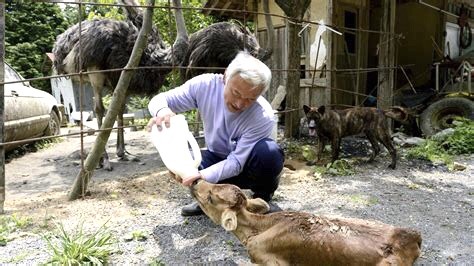 Seeing that it was impossible to care for livestock in the evacuated zone, officials felt there was no option but to euthanize all cattle before they starved to death—an order that was given on May 12, 2011.

Understandably, this decision upset Naoto. “If they were going to be used for meat it wouldn’t bother me,” he said. “That’s just the way life is. But why just slaughter them all and bury them? Animals and humans are the same. I wonder if they could kill people just as indiscreetly… In my book it would be better to adopt a wait-and-see approach because it could provide good experimental data for comparison with humans. If the animals survive, then maybe there’s nothing to worry about. But if the animals start giving birth to deformed young a few generations down the line, then things could get crazy. If that happens, they should never let anyone come back here.”

“The citizens of Fukushima protest very little,” Matsumura said. “TEPCO took their houses, their land, the air, and the water, and they accept it! No one was angry. Before the construction of the nuclear power plant, TEPCO said, ‘Problems will never occur, never.’ Everyone has been cheated.”

After a year, Mr Matsumura appears to prefer the company of his animals to humans.

“I don’t get bored,” he says.”I am used to it, and anyway, there are lots of animals here so I’m never really alone.”

To commemorate the 10th anniversary of the disaster, Penn’s Center for East Asian Studies (CEAS) and the Japanese Language Program held two connected events: a screening of Mayu Nakamura’s new documentary “Alone Again in Fukushima.” This film is an update on what happened in the exclusion zone since Matsumura first returned after the nuclear incident.

Previously, Nakamura featured the animal rescuer in her 2015 documentary “Alone in Fukushima” follows Naoto Matsumura’s work feeding cattle, dogs, cats, and even ostriches (which the nuclear plant used as sort of live mascots before the disaster).

“What I want people to remember is that although a lot of the things are reconstructed, Fukushima isn’t over. The nuclear reactor is still having problems, and what I worry is that people would forget about Fukushima after this 10th anniversary.”