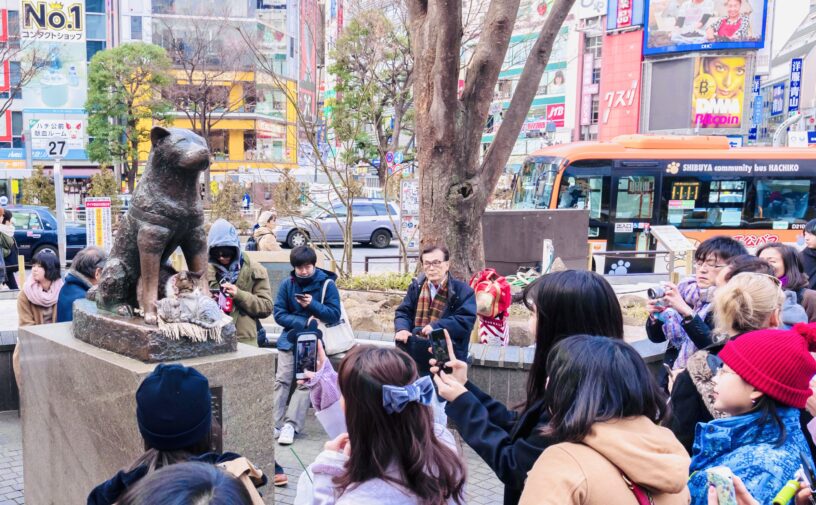 The October 4, 1932 newspaper story about Hachi touched people’s hearts and Hachi was referred to as the Loyal Dog Hachi-kō. Along with his popularity, a Hachi-kō bronze statue was created in April 1934, while Hachi was alive. This was not in line with tradition because a statue was unusually made after a person (or a dog in this case) was dead.

There was a specific reason for this: A senior citizen began fundraising for creating a wooden statue of Hachi without the permission of Professor Ueno’s widow Yae. This individual was one of the people who tried to take advantage of Hachi’s popularity for profit. Meanwhile, the sculptor Andō Teru had been in the planning stage with the consent of Yae, to create a bronze statue upon Hachi’s death.

In order to forestall the fraudulent wooden statue project, Andō asked Saitō Hirokichi if he could go ahead with the bronze statue project. Saitō declined, because Hachi was still alive; however, as the wooden statue scheme spiraled out of control, he was obliged to organize a committee to move forward with the tribute to Hachi-kō.

The Kindness of Children

Through newspaper ads, Saitō solicited small donations from schoolchildren in order to raise awareness for animal welfare among younger generations. An American volunteer in Los Angeles, Robert Milton Byrne, joined in the fundraising and collected donations from local schoolchildren.

The unveiling of the Hachi-kō monument took place at Shibuya Station on April 21, 1934, with the attendance of Hachi himself. People were excited to see Hachi and his statue together. Saitō and Andō donated the statue to Shibuya Station. The statue soon became a popular place for people to meet. 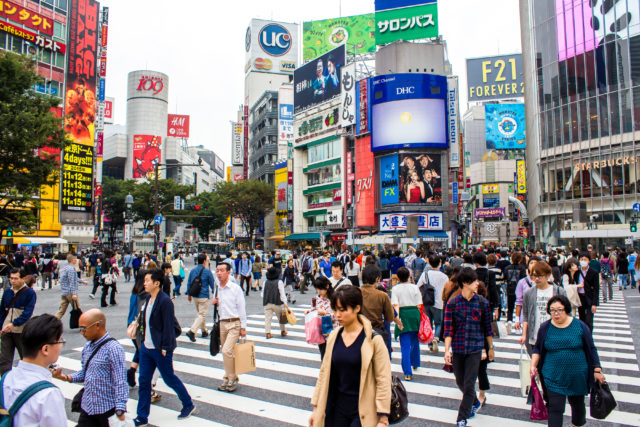 Not only is the loyal Akita’s statue the most famous meeting place in Japan, but it’s located adjacent to the world’s busiest intersection — Shibuya Crossing.

Hachi’s bronze statue is a lasting tribute in honor of one Akita who graced us with his purity and tenacity — the Hachi Spirit that shines strong today.