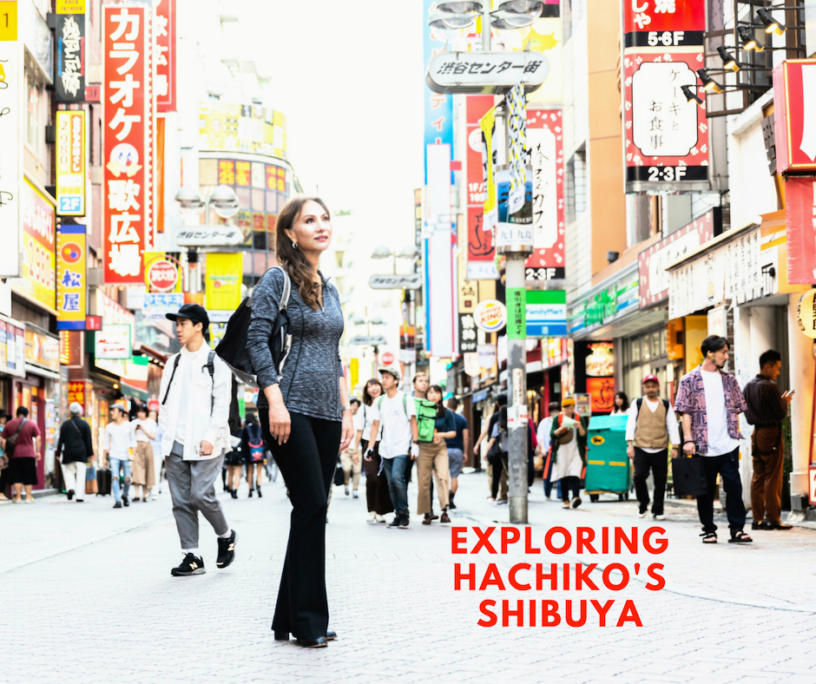 Since the film came out, many know about Hachiko, but do they know the Akita’s real-life story — the truth behind the myths?

Of course, there are many tales about the loyal dog and several wonderful books. But, this past September, I went to Shibuya, Tokyo to wander around and see what I could learn first-hand.

Some Hachi friends may be familiar with this information. For others, it’s one more piece of the puzzle to help understand Hachiko’s true history — his legacy that is stronger than ever after over 80 years! 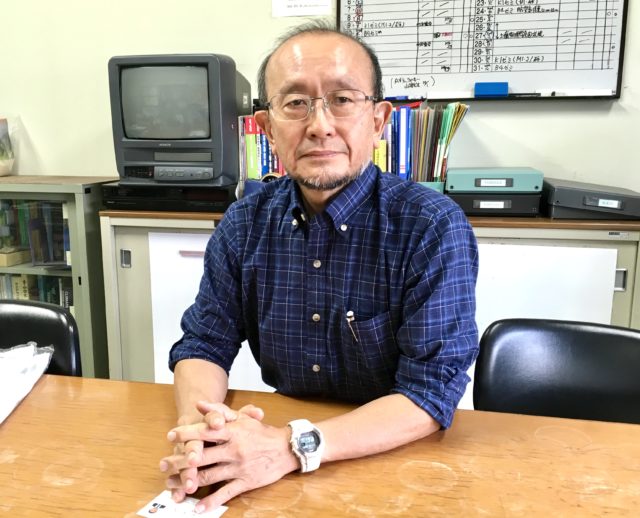 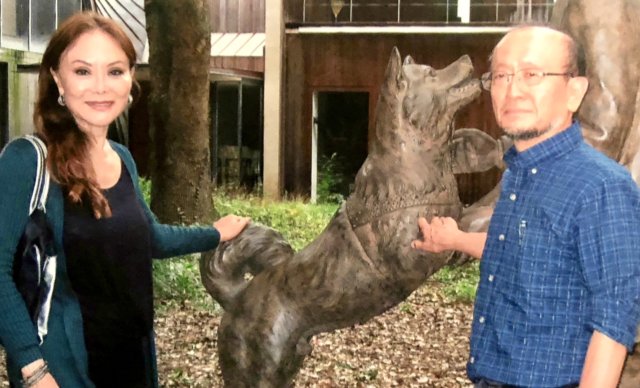 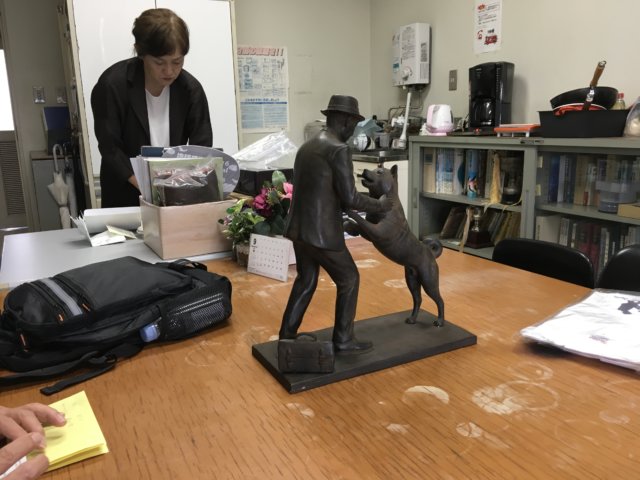 I had the opportunity to spend an afternoon with Professor Shiozawa at the University of Tokyo. Shiozawa heads a study lab established by Professor Ueno, Hachiko’s devoted owner. Shiozawa was instrumental in spearheading the Hachi & Professor Ueno statue unveiled on March 9, 2015 to commemorate the 80th anniversary of Hachikō’s death.

Hachi fans were snapping photos when I met Shiozawa at the statue. One young man, a huge Hachi fan, overheard our conversation and asked to take a few selfies with us. The memorial attracts fans from around the world.

Sometimes appearance is not reality.

We see a situation and make a judgment based on our own experiences, knowledge and emotions – creating our point of view. Some people ask me why Hachiko was left to live on the streets. The lonely image of the devastated Akita waiting, until his death, for the return of Professor Ueno is seared in our minds. The idea that this loyal pup could be left homeless after the warm cocoon of his life with the professor seems cruel. Heartless, even.

I wanted to know, too.

Professor Shiozawa welcomed me into his old office, the same one that Professor Ueno sat in. A formal photograph of the handsome and dignified Ueno hung over the desk. Over the years, Shiozawa has made it his mission to unveil the true events behind the myths of Ueno and Hachiko.

As his assistant served us Japanese green tea and cake, I asked him about the relationship between Yaeko, the professor’s partner of ten years, and Hachiko.

Was Hachiko Abandoned After the Professor’s Death? 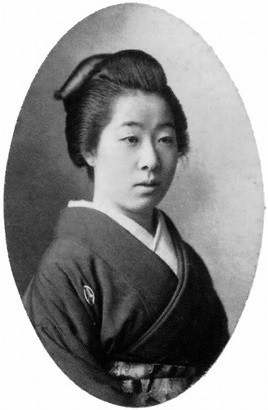 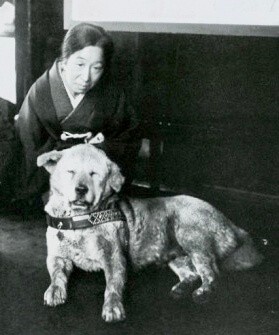 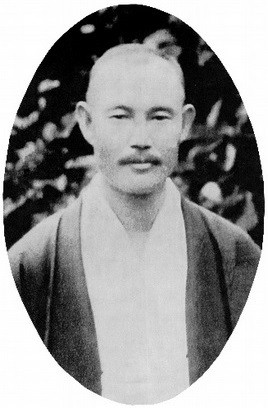 Yaeko was not Professor Ueno’s legal wife, due to his family’s arranged engagement to another more “suitable” woman. But, Ueno loved Yaeko and ultimately chose his heart over family obligations. However, upon his death, she had no inheritance rights, which included their family home. The professor’s family was from Mie and his “son-in-law” or son of his younger sister was the inheritor. There was bad blood between Yaeko and Ueno’s family. The inheritor took possession of the professor’s home, which meant that Yaeko and Hachiko had to move out. Yaeko went to live with relatives.

Over the years, besides being a respected and renowned scholar, Ueno took a deep interest in his students, personally meeting with his many connections to place students in good positions after graduation. Professor Ueno’s compassion and authentic concern created a bond that lasted beyond his lifetime.

After his death, his students eventually built a small home for Yaeko in Setagaya. A tea ceremony room was created as Yaeko was a certified tea ceremony instructor. The home was situated next to an agricultural field, and Hachiko would often escape into it. The neighboring farmer was not pleased, so Yaeko asked Ueno’s previous gardener, Mr. Kobayahi, to take Hachiko into his home.

During the three years with Yaeko, Hachiko would return to the train station, three miles away, hoping to greet the professor one more time.

Yaeko Sakano passed away in April 1961 at the age of 76 and was buried in a separate cemetery from Ueno. Year after, to commemorate their love, both the Ueno and Sakano families worked with the city of Tokyo to reunite the two. Finally, on May 19, 2016, Yaeko was united for with Ueno at Aoyama Cemetery — the site of Hachiko’s memorial too.

Afternoon in the Park 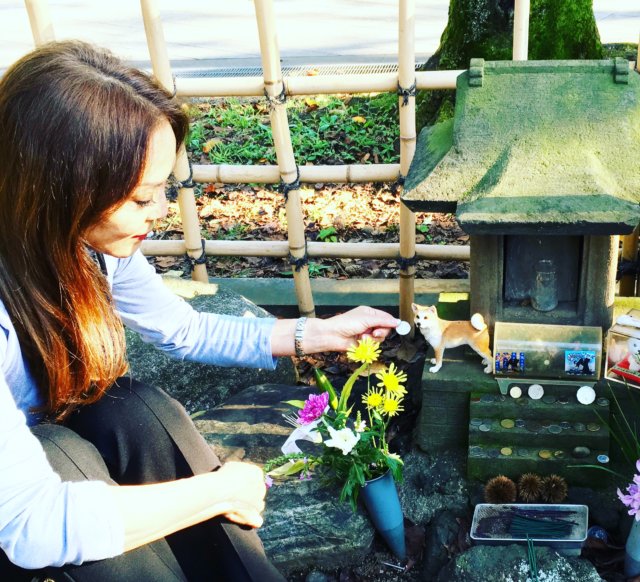 I visited Aoyama Cemetery  a few months ago, and was delighted to find an immaculate park-like oasis in the middle of Tokyo. The cemetery first opened in 1872 and many notable people are buried there. The most exclusive cemetery in Tokyo, many of the city’s oldest families are here, and there’s a large foreign section of Meiji era graves of Europeans and American who arrived to help modernize Japan.

Although close to Shinjuku, the world’s busiest train station, the park has the feel of an oasis in the center of a bustling, contemporary Tokyo. During cherry blossom season, the park is filled with color and a popular spot to celebrate the coming of spring.

So while it appeared Yaeko abandoned poor Hachi, in reality she loved the loyal Akita as much as the professor. Whenever Hachi saw Yaeko, he was very happy. Professor Shiozawa told me that while the original Hachiko statue was being made, the elderly Hachi tired easily. He would often lie down to rest. Yet, when he heard Yaeko’s voice, he would suddenly jump up to greet her.

I went to Shibuya to discover fresh truths about the loyal dog. I did, and that’s why I’m so happy to share this visit with you.