Animal Stars: Behind the Scenes with Your Favorite Animal Actors

Boone’s Animals For Hollywood, the Hachi dog trainer, is featured in this book. Some details are also released on our Animal Stars page. 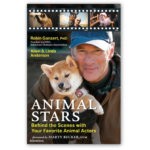 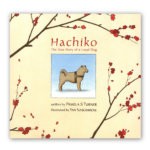 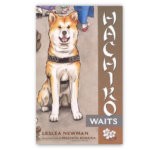 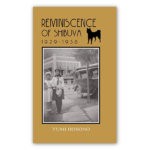 It all looks so easy. As the cameras roll and directors call, Action,” some of the most dependable, funniest, and most enthusiastic actors stand poised on four legs, with ears alert. From Joey in War Horse to the wolves in Game of Thrones, what we see on screen is the result of meticulous preparation and professional teamwork.

Get an insiders peek at the world behind the camera. Discover the heartwarming stories revealing the trainers, actors, directors, and animals in behind-the-scenes glory.

Animal stars have done it all — convinced us to eat more tacos, broken our hearts in war dramas, inspired us with enduring love and loyalty, mirrored human antics to make us roar with laughter, and stolen the show on the red carpet.

You’ll discover that some animal actors are major divas while others have risen from rags-to-riches.  Read about the animal stars who work for their favorite foods – only Kentucky Fried Chicken’s (original recipe) for Casey the bear — no other fried chicken will do!

Wonder what’s behind the end credit, “No Animals Were Harmed”?  On the set, learn how American Humane Association animal safety representatives work around the clock to ensure the safety of each animal stat.

Practical training tips from the pros and recollections from Julia Roberts, Hailee Steinfeld, and Steven Spielberg make this insider’s look as irresistible as the animals themselves.

Featured is the chapter on Hachi: A Dog’s Tale by trainer Mark Harden of Animals for Hollywood. In 1978, Mark left a sleepy lumber town in Northern California to embark upon a career he didn’t even know existed. Now, this career has taken him around the globe several times and brought him in contact with about every kind of animal imaginable. The combination of luck (getting the job) and skill (getting the job done) has enabled Mark to amass an impressive list of feature film credits.

A fascinating look at the human talent behind the canine performance.

Let us know what you think...

What others are saying

There are no contributions yet.

Continue as a Guest

Continue as a Guest