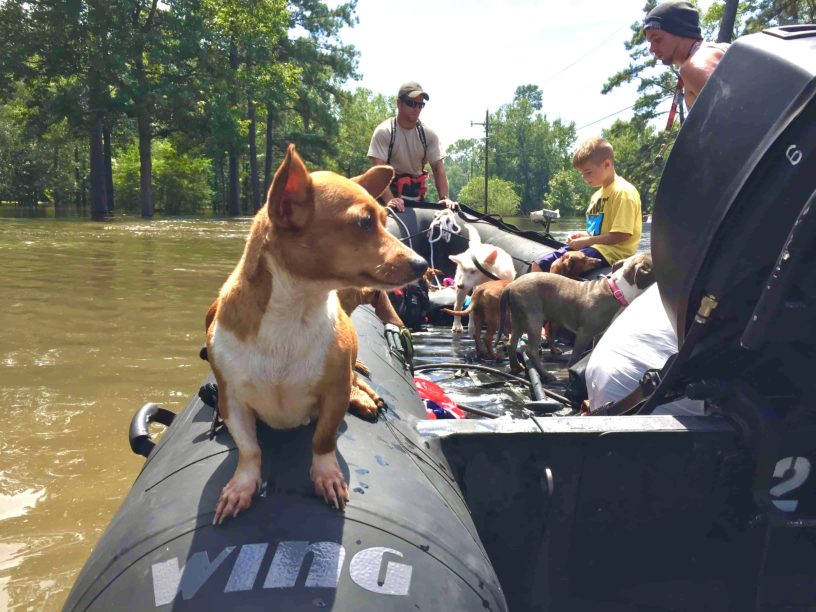 As Hurricane Dorian made its way over the Bahamas and up the east coast of the United States and Canada last week, we’re still only beginning to understand the damage it has caused so far, particularly in hard-hit areas like the Bahamas. 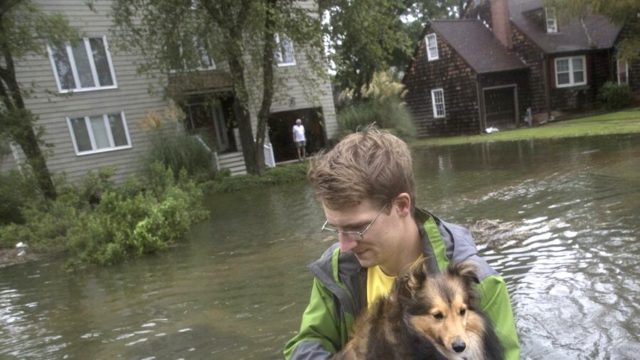 Unfortunately, animals in affected areas have suffered, too. According to reports from over the weekend, more than 100 animals died at the Humane Society Of Grand Bahama due to the heavy flooding. In a post on the shelter’s Facebook, the executive director said kennels were submerged in five feet of water. Only 156 dogs and cats survived.

“We’ve been through several storms there with no flooding issues at all,” Tip Burrows, shelter director, told the Miami Herald. “So the water all of a sudden just started rushing in… sort of like a raging river.”

Family (including their 3 dogs) have Close Call

Below is a video of a photographer and his family escaping their flooded home. Their home is miles inland so the flooding was unexpected. Within just 30 minutes, the water in the home was chest high. Their family includes three dogs, one of them blind. Luckily, they were able to get their entire family, pups included, to safety. Many other families and animals were not as lucky.

Dog Rescuers go Above and Beyond

Chella Phillips, a dog rescuer in the Bahamas, took 97 dogs into her home. She has owned a small shelter for the past 4 years. People all over the world have rallied together and raised almost $300k as of the time of writing. She plans to use the donations to buy land, away from the city, to build a large rescue shelter. 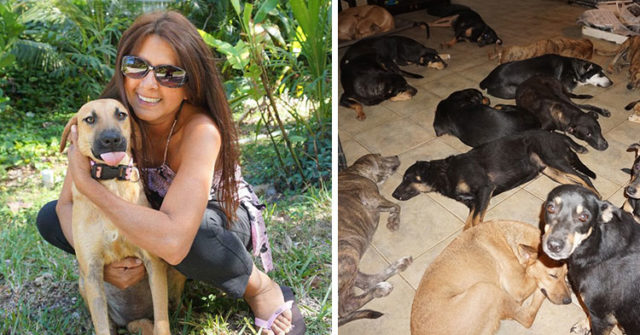 The National Disaster Search Dog Foundation (SDF) is also helping those affected by hurricane Dorian. They deployed 12 search teams to support relief efforts, part of a deployment of state and federal task forces to the Eastern seaboard, according to SDF.

Teams from California, Florida, and New York will help relief efforts where needed. Each unit, comprised of a handler and a canine, is FEMA-certified and has specialized training for natural disasters.

You can Help the Homeless Animals 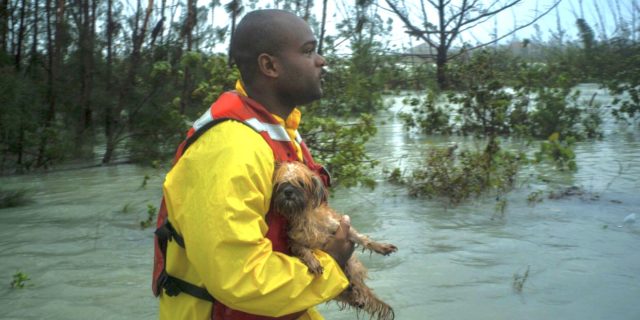 If you want to help these animals affected by Dorian — and shelters in the northeast that took in hundreds of animals from impacted areas—below you’ll find various ways to contribute. There are countless stories of dogs, cats, and animal rescues in all affected areas — from Bermuda to the Carolinas and even Canada. This list below is courtesy of Josh Ocampo, Lifehacker.

(1) The Humane Society of the Grand Bahamas, the shelter in question, has a GoFundMe page set up for donations. Contributions will go toward supplies and airlifting animals outside of the Bahamas. They’ll also accept donations through the Kohn Foundation, a non-profit that works with the HSGB.

You can check the GoFundMe page or the shelter’s Facebook for updates. (And if you’re interested in adopting a pet from the shelter, according to their Facebook, all evacuated animals will be sent to Halo No-Kill Shelter in Florida.) The shelter has a lost and found page on Facebook for any pet owners to be reunited with their animals.

(2) The Best Friends Animal Society is accepting donations as part of its Disaster Relief Fund; the funds will go toward emergency assistance of pets during natural disasters (not limited to Dorian). BFAS is providing updates on its Facebook page regarding shelters with animals rescued from Dorian. They also have a lost and found page for pets. And if you want to adopt a pet evacuated from Dorian, you can check their website.

(3) The Humane Society of the United States accepts donations for disaster relief as part of its general Emergency Animal Rescue Fund. According to their website, donations will go toward emergency preparation and response-related activities, including providing resources for animals in need and hiring emergency response staff.

Be wary of any donation page or GoFundMe that claims to represent an organization that helps victims of Dorian; according to the Humane Society of the Grand Bahamas, there is only one GoFundMe page representing them (so don’t fall for others unless you’ve contacted that shelter directly and properly vetted the campaigner’s relationship with that organization through their social media presence).

Sadly, pets were not allowed on many rescue boats. Similar to the Fukushima nuclear accident, within minutes, owners had to decide whether to accept rescue for themselves and their families….or pass to stay with their beloved companions.

I can’t imagine leaving my Hachi.

Either way, it’s a nightmare scenario.

Our pets love us unconditionally. And, depend on us for their lives. What would you do in this situation?