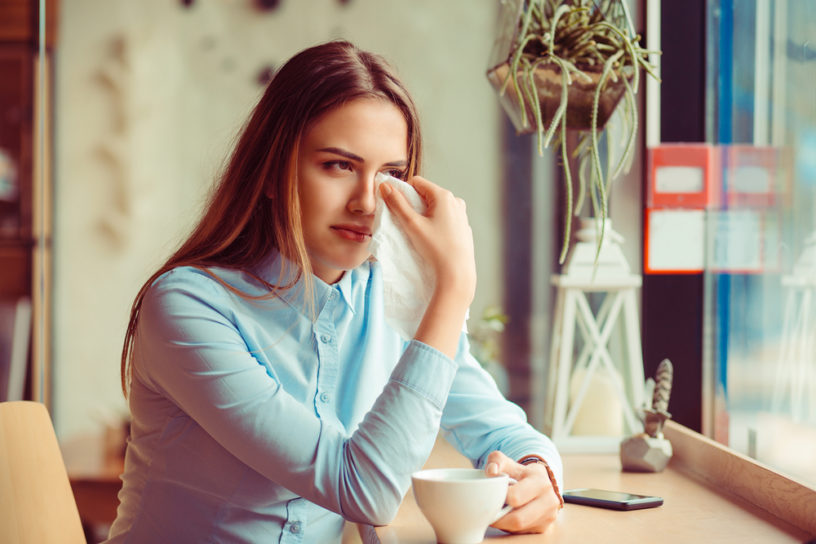 One minute I can be watching a movie, then all of a sudden the emotion wells up and then… Know the feeling?

“A good cry.” The positive and negative going hand-in-hand.

Crying can be seen as an expression of sadness, a cue that we need comforting. But there’s much more than just that.

It’s about releasing all those pent-up emotions that can eat away at us and poison our souls. Trying our hardest to hold back creates stress and more anxiety. By bottling up the negative energy, we just create more pressure.

Instead, when we let emotions flow free…the weight suddenly lifts and we feel blissfully relieved somehow.

Besides, holding back emotions is hard work! All that energy being used to hide our true feelings is such a waste. Why not express how we really feel? How else can we get what we want out of life?

I’ll never forget her words. She had a beautiful life with everything she needed to make her content. When you think about it, why would you deny yourself a happy life? Because you’re afraid to be honest with yourself?

What drew me to the true-life story of Hachiko, the loyal Akita, is the simplicity and power of unedited feelings. This amazing dog lived by uncomplicated emotions. We humans get tangled up in a confusing and sometimes contradictory web of love and loyalty.

Too often, being true to our “real” selves — in touch with our raw emotions — remains tough for so many of us. Instead, our daily lives consist of “good enough”. For me, the idea of a good life is thinking, “I’m living the life of my dreams”!

Through the film “Hachi: A Dog’s Tale”, you can witness, first-hand, what uncovering pure emotions really means. 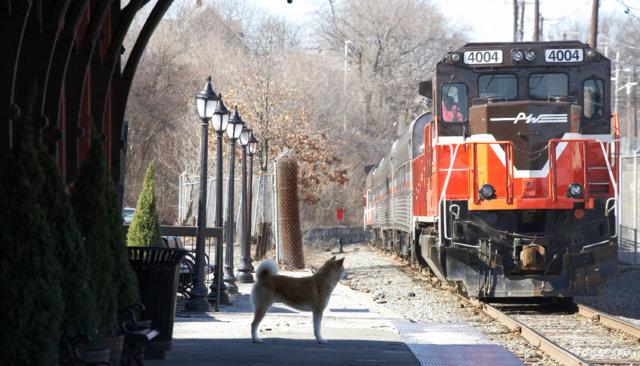 After the film came out, one elderly gentleman told me about his childhood dog that he left behind to go to college. Immersed in school activities, the young student didn’t return home. After waiting for some time, his heart-broken dog escaped to search for him. The loyal pup never returned home.

The young man was devastated, but refused to talk about it. Sixty years later, when he watched “Hachi: A Dog’s Tale”, the grief returned all over again. This time, through his own dog’s eyes.

Inconsolable, he broke down in a flood of tears.

It’s unimaginable to carry a heavy burden for so long.

Yet, all of us hold onto some form of negativity, however small it may be. We feel guilty or pained long after the event has passed. And, even if we’ve been forgiven – we can’t forgive ourselves.

I received an emotional email from a “hardened soldier” in the Middle East (as he described himself). Throughout his adult life, he had no memory of having cried in public or private. Yet, watching Hachi, opened a “floodgate” of feelings. He shared how this unexpected expression of emotion created a major shift in his personal life.

Only by presenting our authentic feelings can we attract and receive what we emotionally need. And be accepted for our actual selves. Click To Tweet

Another viewer wrote, “I can’t remember the last time I cried during a movie, but towards the last 15 minutes…I not only cried, but cried from the depth of my heart, not out of sadness but from a much deeper sense of realization of the power of true love. You hear so many times that there is “God” in all of us…by the end of this movie you will know why it’s true.”

Sharing our emotions builds precious bonds with friends and loved ones. It’s our vulnerabilities that make us human. We may respect an individual’s strength but we feel admiration or awe — not intimate connection. Genuine feelings and disclosure builds a bridge between individuals. We feel warmer, and more trusting, with someone who reveals their reality.

When Perfect is not “Perfect” 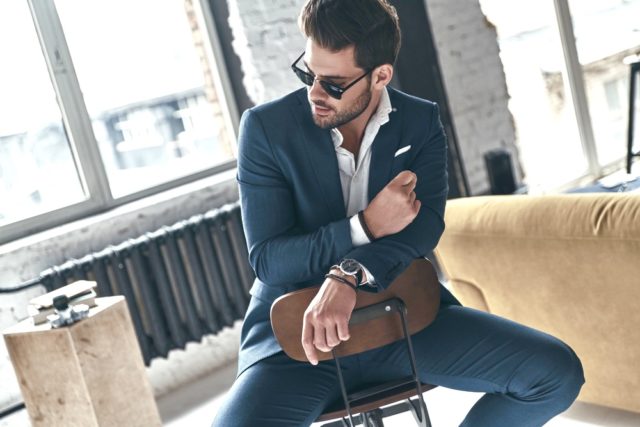 The more traditional generation and those who follow the “macho” concept are taught that emotion equals weakness. There’s this mythology about trying to appear competent, and in charge —  “the strong silent type”.  To conceal feelings is to appear competent and manly.

Women can be trapped by this belief also. For instance, take the competent mom whose kitchen looks Marie Kondo perfect! Life looks seamless, on the outside, but inside — she’s a frantic mess by trying to maintain the immaculate facade. Cocktail hour soon becomes any hour.

There’s many reasons to be true to ones authentic self. And, this includes having a good cry or two. It’s not indulgent. In fact, science says that crying can be good for you! I always suspected that was the case, but it’s true.

The Science of Crying

In the Netherlands, the University of Tilburg studied how crying actually affects our mood. Their research didn’t just look at how people felt at the time. Instead, they interviewed their participants immediately after crying, twenty minutes, then ninety minutes later.

You may think, how do you get people to cry? It’s easy. You show them “Hachi: A Dog’s Tale”. That’s right, our very own Hachi was screened along with “Life Is Beautiful”, Roberto Benigni’s film about life in a Nazi concentration camp. Now, that sounds pretty dark.

As expected, the participants who were crying described feeling more sadness than before viewing the film. Yet, twenty minutes later they reverted to how they had felt before. However, after ninety minutes they felt better than at before!

It’s fascinating that the release of feeling actually makes people happier. There used to be this idea crying was just about sadness. Now it seems there’s more to it than that. 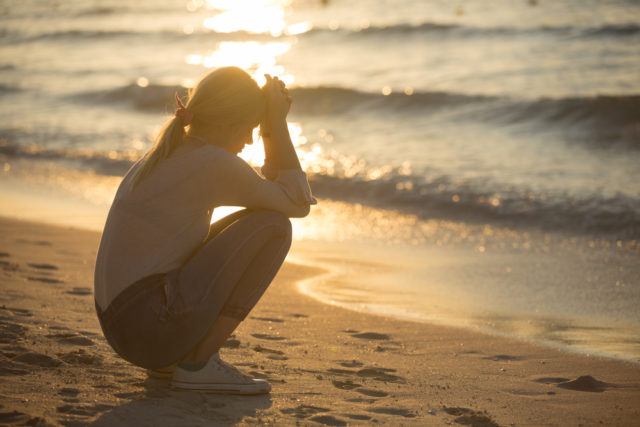 Does it matter what kind of crying you do? I think so. Most of the top tear-jerkers aren’t an unrelenting, pure heartbreak kind of sad. Like the story of Hachiko, there is an uplifting, life-affirming message embedded within. Films like Hachi have us weeping but also looking at life in a powerful and novel way.

Crying isn’t just good for your emotions. WebMD lists some of the physical benefits to letting the tears pour out. It relieves stress. Tears release high levels of cortisol and manganese, both of which can cause tension. “Crying activates the body in a healthy way,” says Stephen Sideroff, Ph.D., a clinical psychologist at UCLA and director of the Raoul Wallenberg Institute of Ethics. “Letting down one’s guard and one’s defenses and [crying] is a very positive, healthy thing.

The same thing happens when you watch a movie and it touches you and you cry… That process of opening into yourself… it’s like a lock and key.” Time after time, having a good cry comes right back to watching movies.

Glamour’s list of 37 sad movies for when you want a good cry features teary romances like Titanic or The Notebook along with children’s movies like My Girl and ET. If your heartstrings are best pulled by animals you aren’t alone and there are several on the list – including Hachi.

For the Love of Hachi

Hachi: A Dog’s Tale has thousands of five-star reviews on Amazon. The stories shared are overwhelming in their love for the film and the message of Hachiko’s life. Hundreds of those reviews describe people moved to tears. And, I hope, not just moved to tears but changed inside too…

Crying can relieve the tensions we have deep inside us. Perhaps we wish for more in our life. Maybe we have lost meaningful values along the way — of loyalty, family, and enduring love.

The lovable Hachi brings all that pain and tension back to the surface.

Then, after a good cry, we can move right on!

The lessons we learn from Hachi bring clarity to our vision for how we want to live. Did you cry when you saw the film Hachi: A Dog’s Tale? Let us know in the comments- you’re not alone!

I cry every time I watch the Hachi movie. Since my Shiba Inu Niko passed away 16 months ago I haven’t been able to watch it again. I have such a connection with dogs, yet can’t bring myself to get another one. I miss my Niko. I DO find myself crying, & feeling better after. Mostly in the car driving. A good cry during a movie is therapeutic somewhat, but, it dredges up memories too.

Thank you Vicki for your insight & thoughts ♥️

Hi Tina!
I understand your feelings about Niko. It’s been years since I lost my Hachi, but each time I see the film- the emotions flood back. Yet, there’s a sense of relief to relive the intense feeling of loss. It’s odd.
Vicki ❤️

Hi Sonoma,
Thanks for your kind words. Isn’t it wonderful how Hachi brings us all together?!
Vicki 😍

Hi Vicki, I love reading your messages and everything you write on Hachi philosophy. Did you know tears have different chemical composition depending on their cause, stress, sadness, joy etc.? So many lessons to be learned. Does such love and loyalty survive death?

Hi Janis,
Thanks for the information on tears. Very interesting how emotion creates change in our bodies! Perhaps love and loyalty passes on through the lessons we provide to our loved ones and friends? Hachi is certainly one example. His impact is felt after almost 90 years.
Vicki ❤️

The most heart touching movie that had my eyes watery for days to weeks. I’m asking if there anyway of a little statue or something that I can put in my home. Hachiko u always will be in my heart. I wish I can have something of Hachiko in my home

I watched the movie last night. I could not stop crying. Each time I think of the scene where the aging Hachi closes his eyes I cry. I have a 14 year old dog who I absolutely adore and appreciate every day that she is with us. This movie will be permanently imbedded in my mind with both happy and sad emotions.

HI! So much to write………..Profoundly touching……….This was my/our first time watching HACHI. Although, the movie didn’t display it; I wondered was HACHIKO included/attended the home going of his care taker Uneno.? Did Uneno’s relatives incude HACHIKO during the home going service of Uneno? HACHIKO would of been at ease if he knew that his care taker passed. HACHIKO waited for UNENO because he never saw him come out of the train station. In the movie; he spent the the entire night with his spouse without checking on HACHIKO. The next morning he wanted HACHIKO to walk with him to the… Read more »