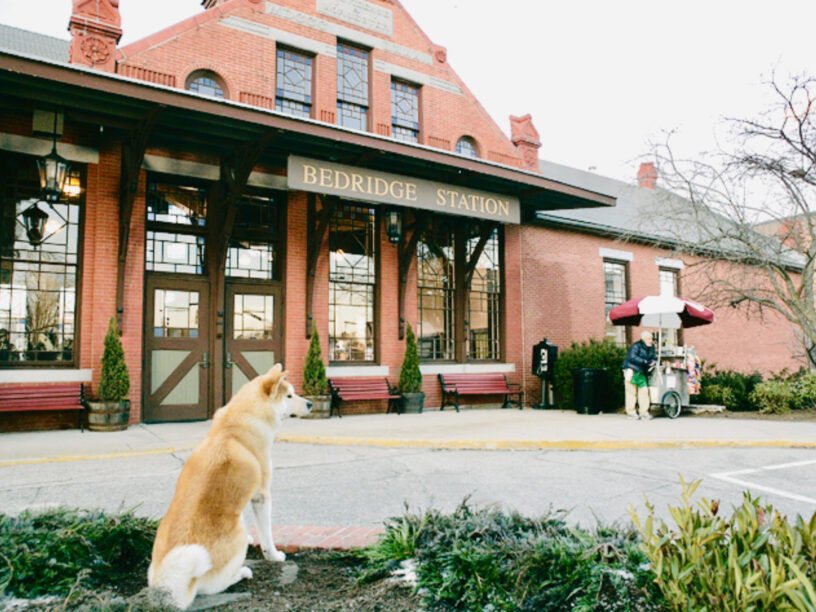 It’s hard to believe that Hachi was only a year and a half years when Professor Ueno passed away. However short their time together, the young Akita was devastated.

As was the custom during that period, the wake and funeral service was held at home, rather than at a funeral parlor.  So it was that Professor Ueno’s widow Yae and their servants were busy preparing for the memorial event.

Sometime during the buzz of activity, they noticed that Hachi was nowhere to be found. After much searching, one of the servants found him alone in the outdoor shed.

Professor Ueno’s bloodstained shirt, the one he had worn on the day he died, had been placed in the shed. For three days, without eating or drinking, Hachi tucked himself into the shirt.

On the day of the funeral, Hachi dashed to the living room where Professor Ueno’s coffin was placed, crawled under the coffin and refused to move.

To anthropomorphize his behavior and feelings, the heartbroken Akita was overwhelmed by the death of Dr. Ueno. Seeing the solitary figure of Hachi, Professor Ueno’s widow, Yae, and family members could not help shedding tears.

The truth was that Hachi lived most of his life missing Professor Ueno.

However their brief time together — the faithful Akita died waiting to see his beloved friend once again.